And... how can I tell you?  I can't even explain what we are feeling. : A mixture of pride, excitement, relief, beatitude in front of what has been accomplished.
We still have a lot of work to do for the layout but we are savouring this moment like we would a great victory.

Our adventure began in June 2014 with our desire to have a pool in the garden. First of all we thought about an above ground pool that we could put partly in-ground. We did some calculations and realised that this solution would in fact be quite expensive.  Then after rummaging around on internet and looking for an alternative solution, we came (almost by chance) across Daniel's website. And then we said  : I must be dreaming ! It can't be ! But on reading his idea, his concept and on looking at the video and the testimonials, we knew we had found THE solution.  We bought the book straight away. We drew the design for the pool and decided where we would build it. On the 10th September the hole was roughly dug out. September and October  2014 were reserved for shaping slopes, submerged decking and  pool steps, the trenches for all the pipes were also dug and the cement base for the future pool house was laid. We bought a winter cover to protect the beautiful hole from the winter weather – in fact the winter was not all that cold.  As soon as March 2015 arrived, we began again : construction of the pool house, embedding of the skimmers, outlets and spots (bought at Piscine Center), sand at the bottom of the hole, laying of the geotextile and the geomembrane (bought from Gasconature), pump, sand filtre (also bought at Piscine Center),  the pool was filled at the beginning of June, followed by cutting and sticking to get rid of the folds and put into use on 18 June 2015.

We ended up with a 59 m2 pool with 3 steps, a submerged plateau and a depth of between 30 cm and 1m80 for 63 m3 of water for a total cost of  € 4700 (pump, sand filtre and pipes included). I have not included the building of the pool house in this total nor the winter cover. No building work except the filtration parts and the spots. Daniel's book was followed to the letter !

There is just one thing that I regret : Daniel's website is too difficult to find. You really have to hunt on the web to come across it. That's a shame because I  think there could be many more projects and happy families. » 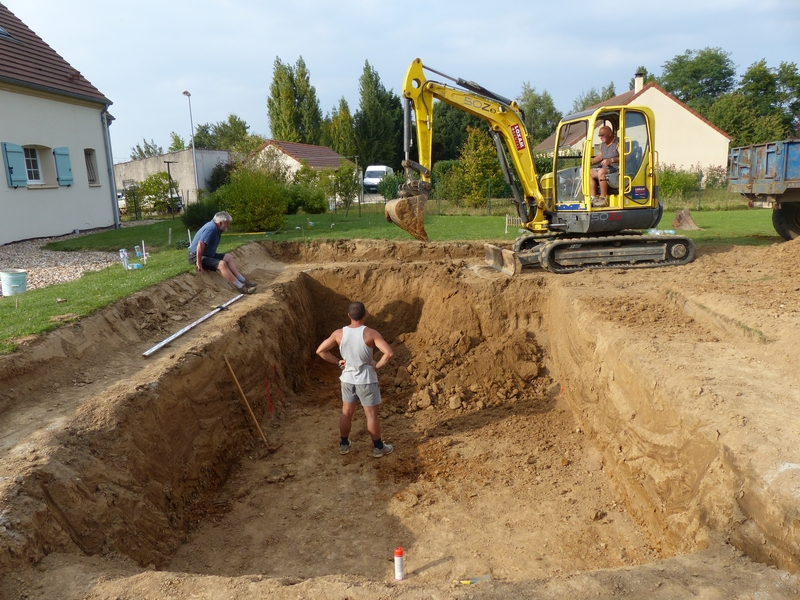 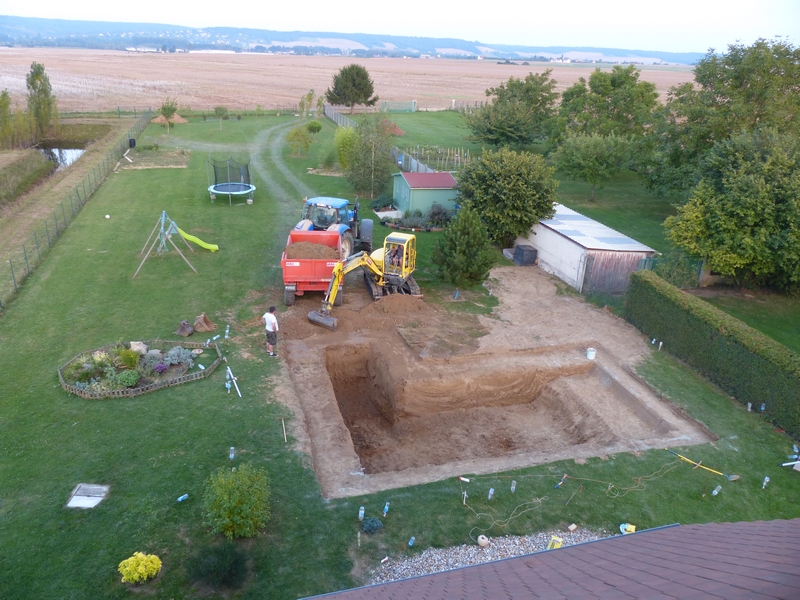 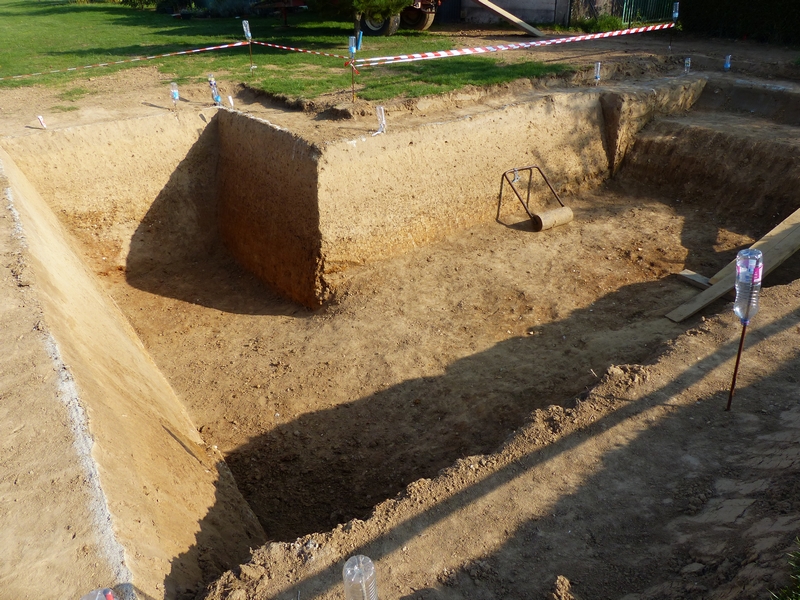 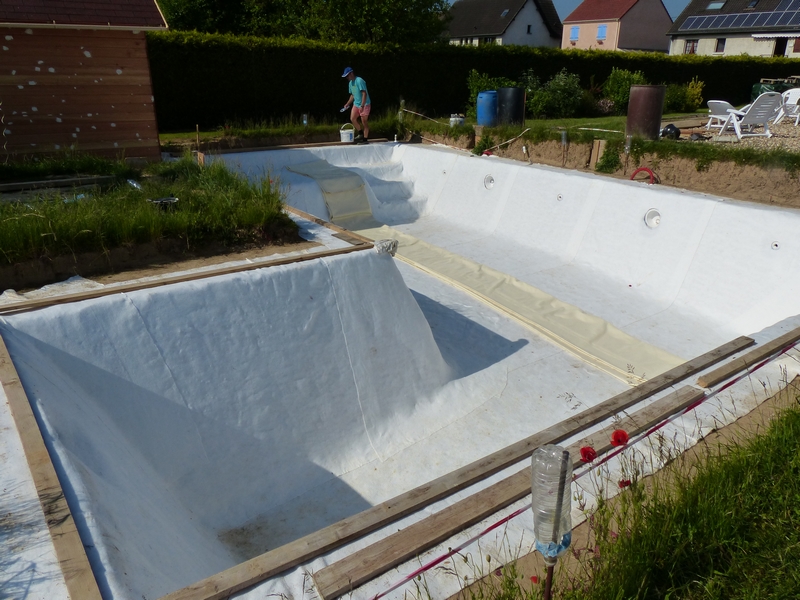 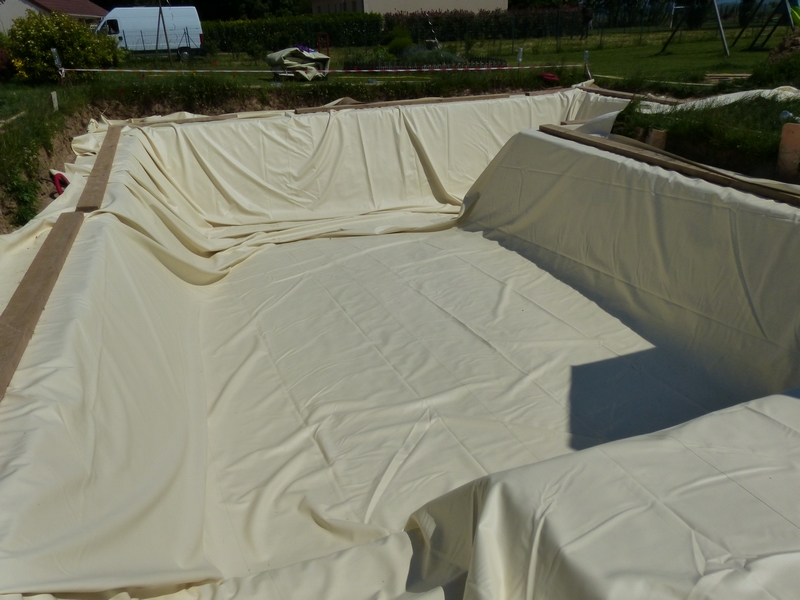 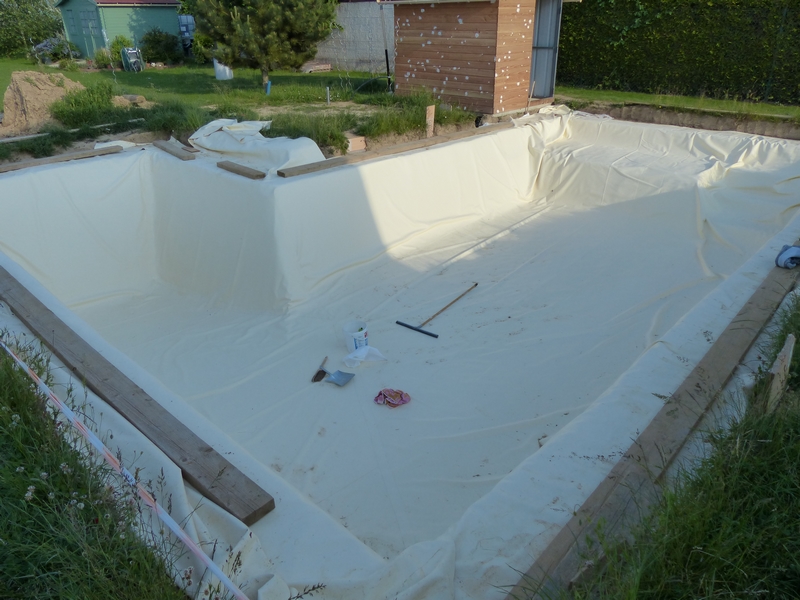 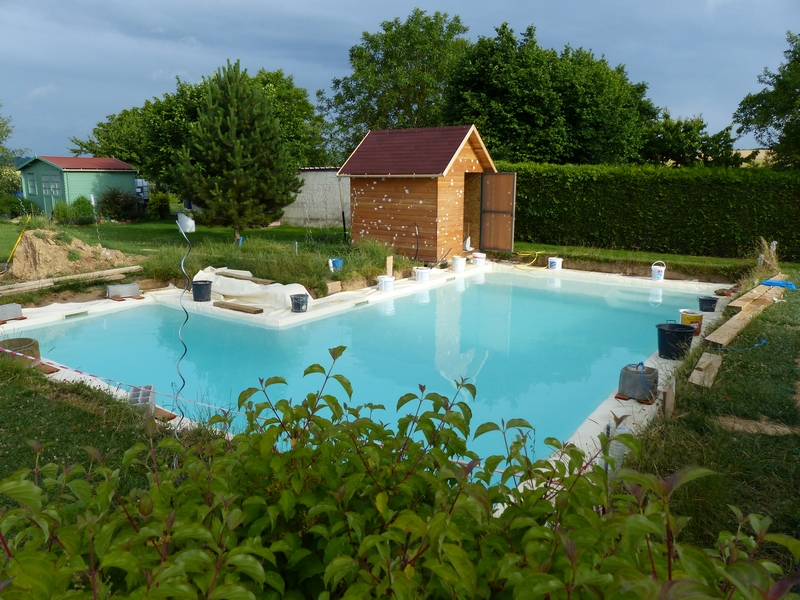 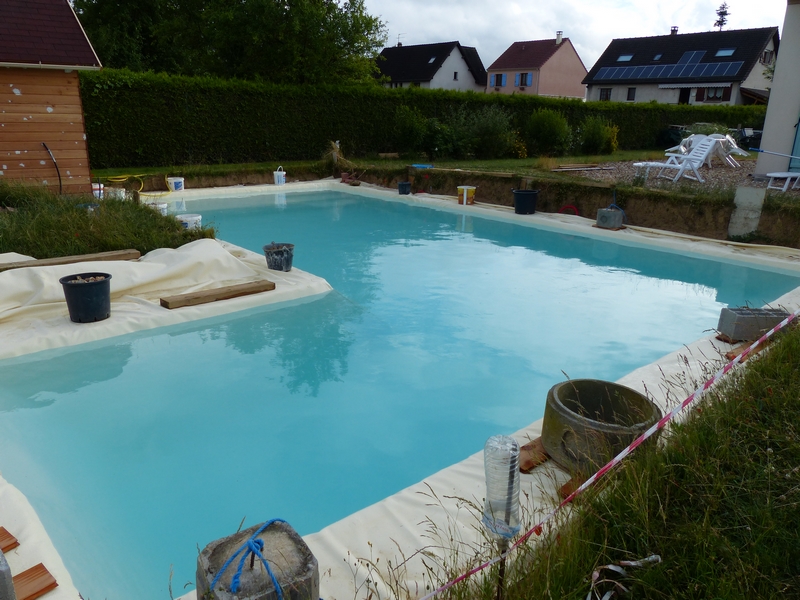 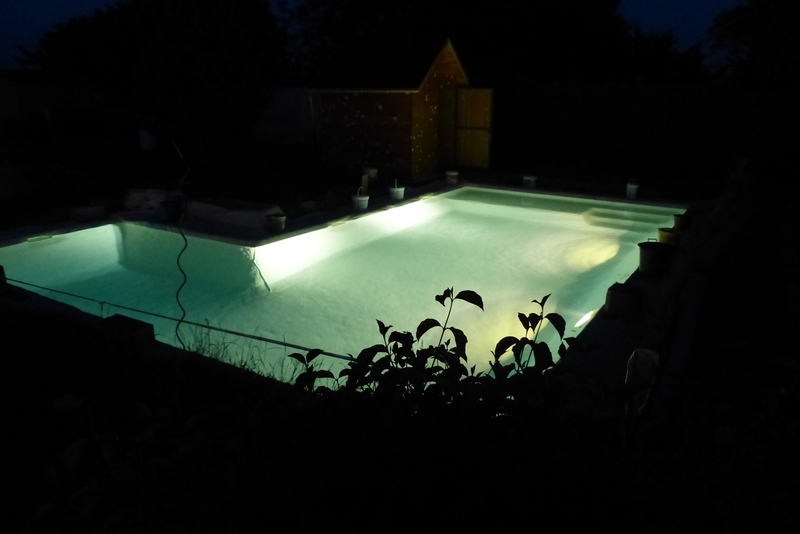 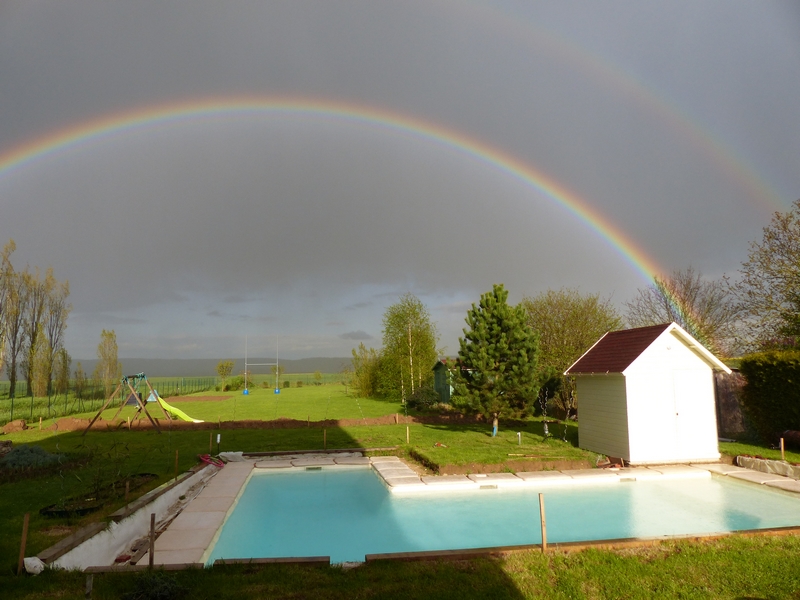